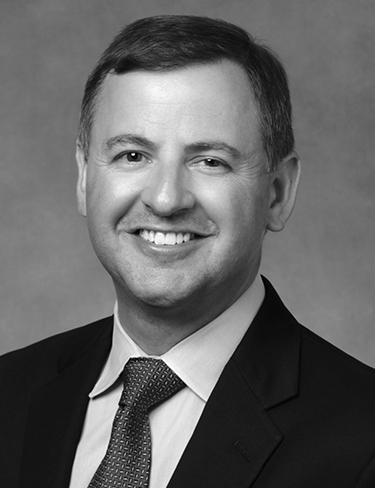 Rod Dembowski has proudly served the residents of the 1st District on the King County Council since February of 2013. Rod currently serves as the Chair of the Mobility & Environment Committee and Vice-Chair of the Budget & Fiscal Management Committee. Rod is a recognized leader in advancing strong environmental, transit, worker, civil rights, housing & human service, and gender-equity policies.

Rod led efforts to fund a new Behavioral Health Institute in the new Harborview Hospital Bond. And, Rod has led efforts to bring reforms to our criminal legal and law enforcement systems, including key charter amendments, and standing up the North Sound RADAR/Navigator program, which partners behavioral health and social works with front-line police offers, to get individuals in crisis the care and service they need.

Since joining the King County Council in February of 2013, he has never missed a vote.

He has been recognized for his effectiveness by the Municipal League, which named him Public Official of the Year.

The Korean American Association of Washington honored Rod for his work to advance, protect and expand voting access. 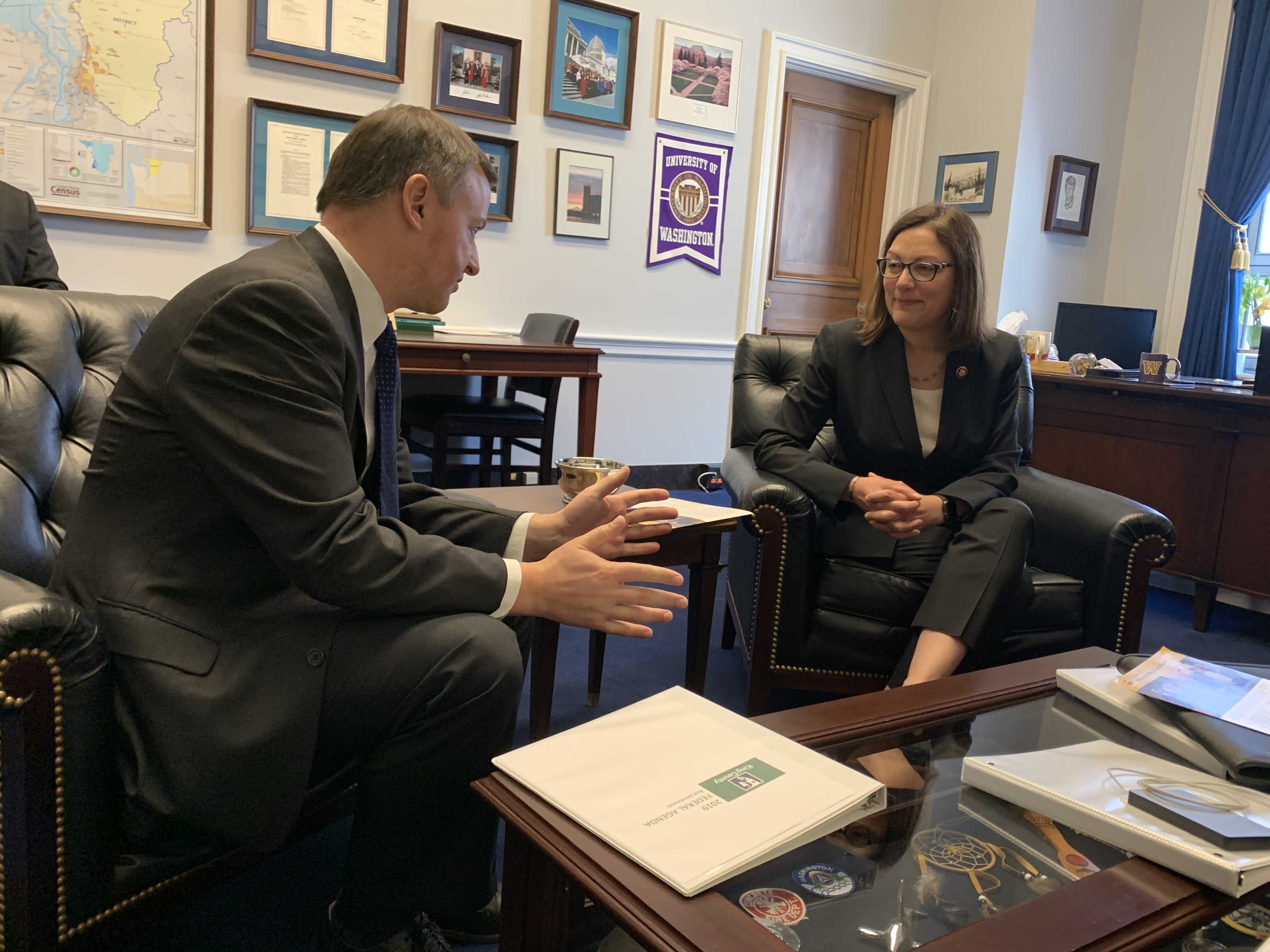 Rod brings a wealth of experience to his public service role.  Prior to joining the County Council, Rod was a life-long community volunteer, civic leader and highly respected attorney. He was recognized by Washington Law & Politics Magazine as a SuperLawyer® and named six times as a “Rising Star” in our community.  Born and raised in King County, he has spent a lifetime leading on issues from education funding to land use to transportation and transit.  He brings a unique combination of public and private sector experience to bear in addressing the challenges facing our region.

Growing Up in Unincorporated King County

Rod and his brother Dave grew up in unincorporated King County, raised in a single-parent household by their father, Al Dembowski, a Korean War veteran and small business owner.  His grandfather was a 50-year journeyman boilermaker working in the Bremerton Shipyards during World War II, and his namesake Uncle Rod, a 40-year union machinist at the Shell oil refinery in Anacortes.  Their household income was well below poverty levels, and the family often struggled economically. 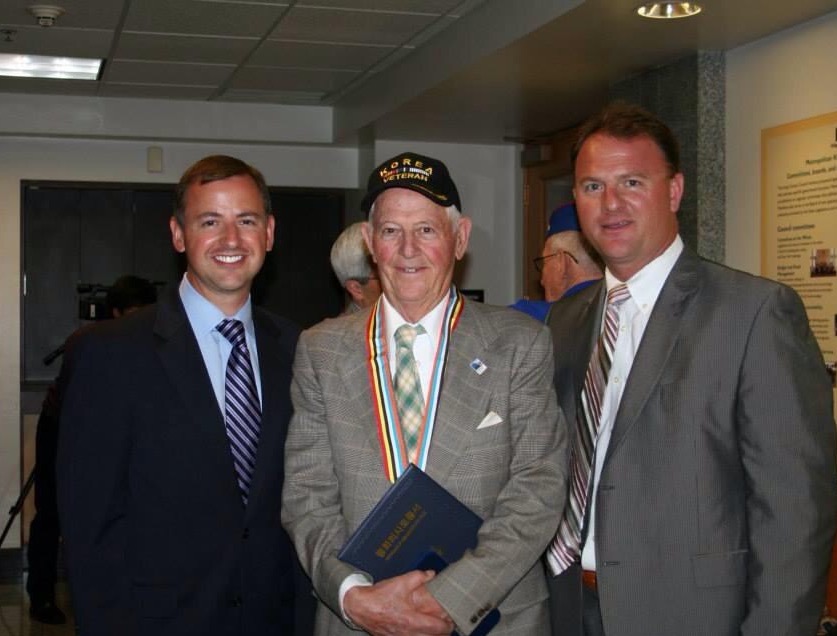 Growing up, Rod learned the value of hard work and how to work with people from nearly all walks of life.  He sold socks at local swap meets and worked summers unloading wheat trucks at a country grain elevator.  Later in high school, Rod started his own small business selling ice cream at local fairs and festivals in small towns like Stevenson, Ephrata, Elma, and Everson. 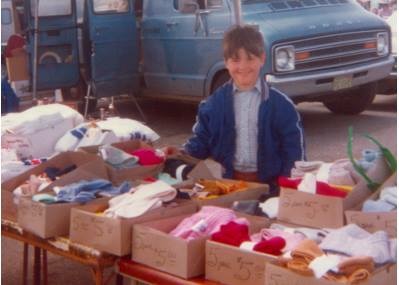 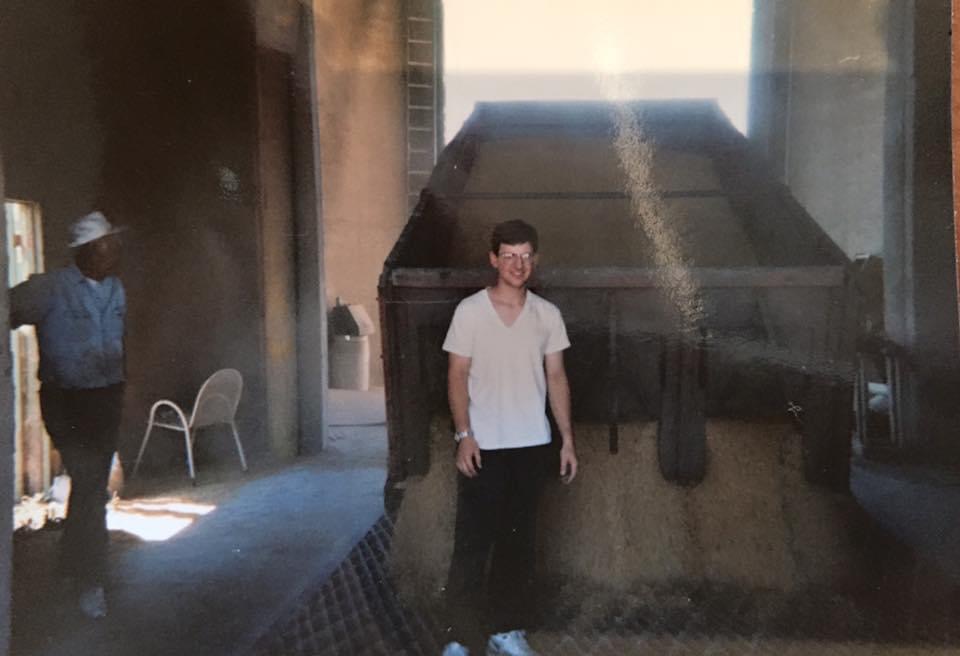 Rod selling socks at the Midway Swap Meet as a kid and unloading wheat during high school summers. 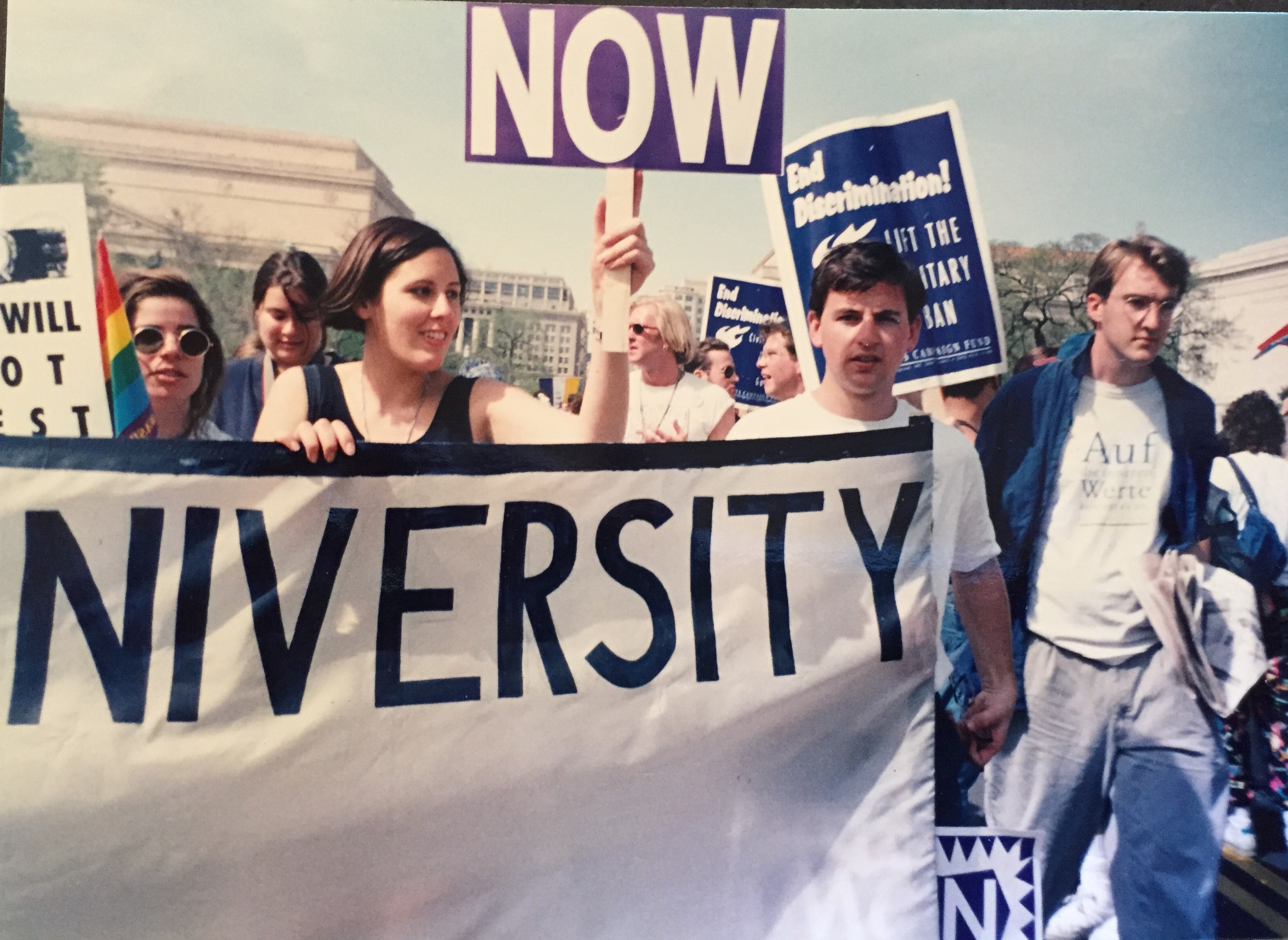 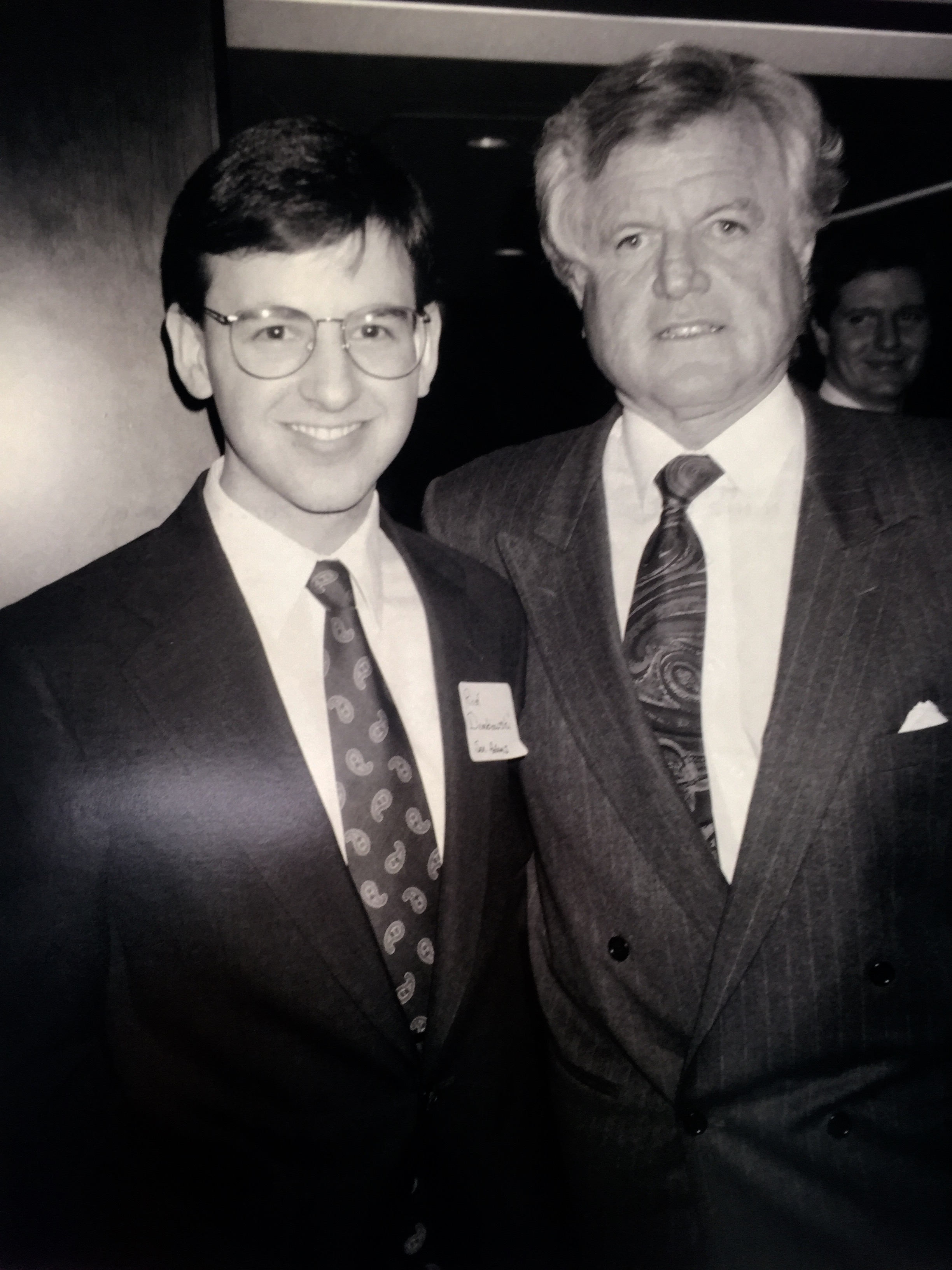 Rod Marching for women's and civil rights, and with Senator Edward Kennedy while working in the United States, Senate, Washington, D.C.

To help pay for college, Rod worked part time in the United States Senate as a staff assistant, worked as a clerk for a local hardware store, won a scholarship to intern at the Japanese American Citizens League, and worked as a White House Intern during his senior year.

Rod attended the University of Washington School of Law, graduating in 2001.  At UW, he was honored with admission to the Order of the Barristers and was a member of the Moot Court Honor Board.  Rod won several school, regional, and national awards for his trial advocacy skills.  Rod’s classmates selected him as class commencement speaker.  (You can read more about Rod’s education here.)

A Career In the Public & Private Sectors

After graduation from Georgetown, Rod returned to Seattle and worked as a policy analyst for the King County Executive.  There, he worked on a broad range of county issues, including land use, zoning, budget development, boards and commissions recruitment and staffing, and served as the Executive’s representative to the King County Canvassing Board, overseeing ballot counting. Rod put his business school training to work as a Marketing & Operations and Credit Analyst for PACCAR Financial in Bellevue, where he analyzed financial statements and operations data for the maker of Kenworth and Peterbilt trucks.

During law school, Rod clerked for the Washington State Attorney General’s office, University of Washington Division.  After graduation, he was hired by Foster Pepper (now Foster & Garvey), a 100-plus year old Seattle-based law firm known for its commitment to community service.  Rod rose to be elected an equity member of the firm. His practice focused on real estate, land use, municipal and business matters, as well as advising government and private clients on ethics laws, open public meetings act and public records act compliance. (You can read more about Rod’s work experience here.) He was honored for his bro-bono work for clients, including on family law and immigration matters.

Serving King County and its citizens has been the major theme of Rod’s career.  His work as a policy analyst in the King County Executive’s Office gives him on-point insight into how King County government works and substantive knowledge on planning, budgeting, government reform, and economic development and human services issues.   Rod’s service on the King County Performance Measurement Oversight Committee helped launch early efforts at bringing more efficiency and accountability to county government operations.  His leadership on the King County Districting Committee demonstrated his ability to forge bipartisan consensus on the most difficult of issues, while listening to often-competing community objectives, and complying with the law.  His work for the King County Superior Court Judges as pro bono counsel on funding issues provides him detailed expertise in the criminal and civil justice system, and its budget impacts.  Rod’s advocacy for the AFIS and Children and Family Justice Center campaigns demonstrates his commitment to ensuring that King County provides the services our region and its citizens need.  Finally, his work for a dozen years in the King County Courthouse as an attorney, including work as a Special Deputy Prosecuting Attorney for King County and others on municipal matters, has given Rod the knowledge necessary to address the critical issues facing King County’s criminal and civil legal systems -- one of the most important and largest budget items in the County budget.

Rod has been recognized for his pro bono work for victims of domestic violence and immigration clients, twice receiving commendations from the Washington State Bar.  Rod has served on the Seattle Metropolitan Chamber of Commerce Transportation Committee, the CityClub Board of Directors, the University of Washington Law School Alumni Board of Directors, as President of the Georgetown Club of Western Washington, on the Finance Advisory Board for the Asian Pacific Islander Women & Family Safety Center, and is a regular supporter of charitable organizations in our region.
(You can read more about Rod’s civic leadership here.)